To share your memory on the wall of Kent Taylor, sign in using one of the following options:

Kent was born on January 2, 1958, and he made his transition from earth to glory on Thursday, July 16, 2020. He was the son of the late Marietta White Taylor and Leonard Taylor.
He was born an... Read More
The Obituary of Kent Glen Taylor, Sr.

Kent was born on January 2, 1958, and he made his transition from earth to glory on Thursday, July 16, 2020. He was the son of the late Marietta White Taylor and Leonard Taylor.
He was born and raised in Pittsburgh, PA, and he graduated from Penn Hills High School.
Kent was married to Dormaine Henderson Taylor, and from this union, they had two children, Raja Kelly Taylor and Kent Glen Taylor, Jr.
He was employed by Ogden Allied for over thirty years as a custodian.
Kent was a diehard Steeler fan and enjoyed watching the football games with his older brother Leonard. Although Kent was rather quiet and kept to himself, he did have a wonderful sense of humor.
In his later years, Kent had major health concerns, but he still was determined to keep fighting the good fight of faith.
Kent was preceded in death by his parents Marietta and Leonard Taylor and his brother Myles Taylor.
He leaves to cherish loving and fond memories: a daughter, Raja Kelly Taylor, a son, Kent Taylor, Jr., a sister Denise Taylor, two brothers Leonard (Deborah) Penn and Mark Taylor, an Aunt Vera White, all of Pittsburgh, PA., and a host of other relatives and friends.
Lovingly submitted by the Family
Read Less

To send flowers to the family or plant a tree in memory of Kent Taylor Sr., please visit our Heartfelt Sympathies Store.

Receive notifications about information and event scheduling for Kent

We encourage you to share your most beloved memories of Kent here, so that the family and other loved ones can always see it. You can upload cherished photographs, or share your favorite stories, and can even comment on those shared by others.

Posted Jul 27, 2020 at 03:03pm
To the family and friends of Mr. Taylor always cherish the fond memories of time spent together and although you may grieve the Bible can be a source of comfort. At (Revelation 21:3,4) it speaks of a time when there will be no more sickness or death, also at (Acts 24:15) it speaks of a resurrection that we all can look forward to. May the peace and love of the God of all comfort be with you all. Comfort can be found in our Creator through prayer and through his word the Bible and Jesus Christ.
Comment Share
Share via: 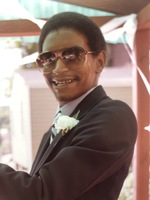