To share your memory on the wall of Sandra Gill, sign in using one of the following options:

Provide comfort for the family of Sandra Gill with a meaningful gesture of sympathy.

Sandy was educated in the Pittsburgh Public School system. After graduating from Westinghouse High School, she attended Bowling Green State University in Ohio. She would complete her Bachelor’s degree in business with a focus on accounting at Marywood College.

Sandy had a variety of career accomplishments ranging from teaching, loan disbursements, and payroll specialist/accounting. As a young African American woman, she was powerful and highly respected by colleagues, community members, and local politicians. Sandy’s leadership skills were very strong and in her presence business was taken care of. She took pride in doing what was right and was always about the bottom line.

Sandy met and married Freddy Gill also of Lexington, Kentucky in August 1968. To that union was born their loving son Timothy D. Gill Sr. She was so proud of her son and would do anything for him. She made sure she raised a strong man, and prepared him to be successful with everything he touched.

Sandy loved being a grandmother, she was affectionately called Maw and Memaw. They would spend time together having parties, shopping, baking, watching their favorite shows, and having girl-time fun putting on makeup. Whatever they wanted, she made sure they had it.

To send flowers to the family or plant a tree in memory of Sandra J. Gill, please visit our Heartfelt Sympathies Store.

Receive notifications about information and event scheduling for Sandra

We encourage you to share your most beloved memories of Sandra here, so that the family and other loved ones can always see it. You can upload cherished photographs, or share your favorite stories, and can even comment on those shared by others.

Posted Apr 29, 2020 at 10:34am
My heartfelt sympathies go out to Tim, Wanda, Rodney and Keith and their families. We had such fun as young women starting our families, playing cards, family outings, and Kentucky Derby Day! I will lift each of you in prayer. I have tried to get in touch. I left my number with the Coston Funeral Home office.
Comment Share
Share via:
ST

Posted Apr 28, 2020 at 05:05pm
Sandy was a dear childhood friend and neighbor. As it happens, life got in the way and we lost touch with each other. However, I never stopped remembering the fun and exciting times we shared.
My deepest condolences to the Jackson Gill families. God Bless you all.
Love
Sybil Foster Thompson and James Thompson
Comment Share
Share via: 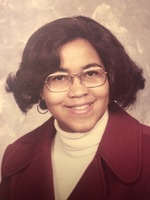