To share your memory on the wall of Regina Johnson, sign in using one of the following options:

Provide comfort for the family of Regina Johnson with a meaningful gesture of sympathy.

Regina attended both Brashear and Fifth Avenue High School. She was brought up down Fifth Avenue in the Pittsburgh Hill district. We were blessed to learn many valuable lessons from Pork Chop from her 58 years of living.

Regina will be remembered for her out spoken personality and giving heart. Regina was the life of any family gathering or party. She will also, be remembered as a loving mother, grandmother, aunt, sister and friend. She will be truly be missed.

To send flowers to the family or plant a tree in memory of Regina Irene Johnson, please visit our Heartfelt Sympathies Store.

Receive notifications about information and event scheduling for Regina

We encourage you to share your most beloved memories of Regina here, so that the family and other loved ones can always see it. You can upload cherished photographs, or share your favorite stories, and can even comment on those shared by others.

Midsouth/Midwest Regions purchased the The FTD Comfort Planter for the family of Regina Johnson. Send Flowers

Posted May 10, 2019 at 07:03am
Sorry for your loss. May you find comfort in-knowing others care. May God who sees your pain of heart and tears flow given the needed comfort to endure. Psalm 47:3 He heals the brokenhearted; He binds up their wounds.
Comment Share
Share via:
LI

Posted May 05, 2019 at 01:10pm
Hello My name is Lynn Irvin . As I was going through the obituaries I came across the death of your loved one. I would like to express my deepest sympathies to you and your loved one. We don't have to know a person or their loved ones to care. Its times like these that we all need a caring heart. Please take comfort in knowing that others care. I have found comfort in scriptures such as these when going through trials, Revelations 21:3,4) Where it talks about Gods promises to do away with sickness and death. and that would have to be talking about the earth because there isn't any sickness nor death in heaven. yes Jehovah will use his son Christ Jesus to break up the works of the devil. 1John3:8 states that for this purpose the son of God was made manifest to break up the works of the devil. Yes the bible states that with evil things God can not be tried no does he try anyone. so the sickness and death is no caused by Jehovah. yes please take comfort in scriptures such as the one found at John5:28,29) where it talks about a resurrection of the righteous and the unrighteous. this would have to be a bringing back to earth. Psalms 37:10,11 speaks about how the righteous will posses the earth and live on it in righteous conditions. May the God of all comfort . comfort you and your family so that you may be able to comfort others who morn with you. Sincerely yours
Comment Share
Share via:
L

Please accept my deepest sympathy for the loss of your dear loved one. Jehovah God knows and understands how much pain you feel from losing Regina. Because Jehovah is the God of all comfort, I would like to share two promises from his word the Bible to bring you comfort and give you a reason to look forward to the future. In his word the Bible, at John 5:28 - 29, his son Jesus said a time will come when he will call all those from the memorial tomb and they will be ressurrected to life. Jehovah God also, promises at Revelation 21:3 & 4, that a future time is coming when he will do away with sickness and death and anything that causes sadness. I hope these promises from the Bible will bring you comfort at this very difficult time and give you a reason to look to the future when Regina will be ressurrected.

Posted May 04, 2019 at 08:52am
Dear family. I am so sorry for the loss of your dear loved one. What brings me comfort in times like these is the scripture found at Revelation 21: 3, 4 where God promises to do away with all sickness and death forever. Please accept my heartfelt condolences and may Jehovah, the God of all comfort, be with your family during this most difficult time in your lives.
Comment Share
Share via: 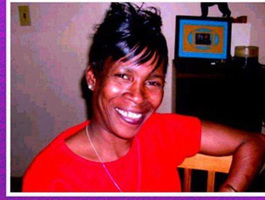 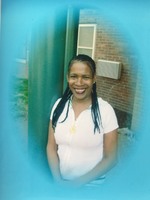