To share your memory on the wall of Paul Keys, sign in using one of the following options:

Provide comfort for the family of Paul Keys with a meaningful gesture of sympathy.

Freddy was born in West Virginia in the family house on Water street in Keyser, West Virginia. Freddy was delivered by his grandmother the late Ira Keys and his parents were the late Nitra June Alexander... Read More
Paul Frederick Keys Sr. (Freddy)

Freddy was drafted during the Vietnam war quickly out of high school and served in the US Army from June 11, 1965 to May 26, 1967. He served a majority of his time in Germany and drove trucks on the autobahn. When Freddy returned home from the Army, he met Charlotte Glover by showing up to the wrong house while looking for his mother. Freddy and Charlotte would soon marry afterwards on October 21, 1967.

Paul worked most of his life at the former Exxon Refinery Company in Pittsburgh for 30 years as a Foreman. During his 30 year plus employment at Exxon. Freddy worked long hours and hard labor in freezing weather on the river, worked with hazardous materials but never complained. He worked hard and was proud to provide for his family. Freddy eventually retired from Exxon as a Foreman. After retirement he joined the Exxon retirement club as Treasurer for 10 years.
Freddy loved sports and had a passion for baseball, football and boxing. He loved watching the Pirates during the Willie Stargell and Dave Parker days and attended many games. Freddy also loved his Pittsburgh Steelers. Freddy could always be seen wearing Steeler clothing majority of times.

Freddy was very passionate about music. He enjoyed a wide variety of music from Pink Floyd to Earth Wind and Fire and probably had more albums than anyone in the neighborhood. Freddy also enjoyed going to The Rivers Casino and watching Judge Judy and Family Feud.

Freddy also loved his family. Freddy was very close with his mother and made sure to include her for every major event from holidays, birthdays, super bowls and road trips to West Virginia to visit other family members. He enjoyed family reunions, get togethers and holidays and was always the life of the party.

Freddy became aware of his biological father Edward Redman and was able to meet him and spend a little time with Edward in Wheeling West Virginia prior to Edward passing in 1984. Freddy also learned that his father also had three sons the late Edward Redman Jr., Billy Redman and Harry Redman and Freddy was ecstatic to have new brothers.

Freddy enjoyed life and managed to live to celebrate 51 years of marriage and still managed to sing along on his 75th birthday on February 12th 2019 a few days prior to passing.

To send flowers to the family or plant a tree in memory of Paul F. Keys, please visit our Heartfelt Sympathies Store.

Receive notifications about information and event scheduling for Paul

We encourage you to share your most beloved memories of Paul here, so that the family and other loved ones can always see it. You can upload cherished photographs, or share your favorite stories, and can even comment on those shared by others.

Valerie (Keys) & Charles Grooms and family. We l sent flowers to the family of Paul F. Keys.
Show you care by sending flowers

Posted Feb 27, 2019 at 02:38pm
Charlotte and family; wishing you peace to bring comfort, courage to face the days ahead and loving memories to forever hold in your hearts.

Valerie (Keys) & Charles Grooms and family. We l purchased the The FTD Living Spirit Dishgarden for the family of Paul Keys. Send Flowers

Posted Feb 25, 2019 at 02:07pm
I was sorry to read about the loss of your dear loved one. The bible gives us hope of seeing them again in the promised resurrection to come according to scriptures such as [John 5:28-29] and [Acts 24:15]. We find further hope in [Isaiah 25:8] and [Revelations 21:3-5] which says in part that Jehovah God will wipe out every tear from our eyes and death will be no more, because God will swallow up death forever. I hope these scriptures will be of some comfort.
With Deep Sympathy.

Posted Feb 23, 2019 at 11:36am
Dear family. I am so sorry for the loss of your dear loved one. What brings me comfort in times like these is the scripture found at Revelation 21: 3, 4 where God promises to do away with all sickness and death forever. Please accept my heartfelt condolences and may Jehovah, the God of all comfort, be with your family during this most difficult time in your lives.
Comment Share
Share via:
A

I'm very sorry about the loss of your loved one. I'm reaching out to you as a loving neighbor, as Jesus said to love your neighbors. Jesus also.shared a loving promise that gives us hope and comfort regarding the great resurrection. At John 5:28, Jesus said the hour is coming where ALL those in the memorial tomb will hear his voice and come out. Those coming out will have been resurrected. This wonderful promise points to a time when we WILL be reunited with our loved ones that have died. Jehovah God also gives a future promise in Revelation 21:3-4, that he will do away with death and every reason that brings us pain. The future hope that is given to us in God 's word the Bible helps us look forward to seeing our loved ones again, at a time in which we/they will never die again. Jehovah's original purpose for mankind will be fulfilled where mankind will be healthy, live on the earth in complete peace and happiness. I hope these promises from God's word the Bible brings you comfort, and a reason to look to the happy future he promises us.

Find out more about the resurrection and Jehovah's great promises at jw.org.

If you would like to find out more about Jehovah's wonderful future plans for the earth and us, please contact me directly at julianzzmom@gmail.com.


A friend and loving neighbor 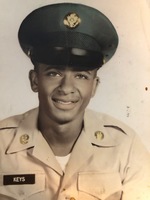 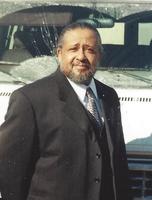