To share your memory on the wall of Maxine Siler, sign in using one of the following options:

Print
Maxine Marie Siler was born August 1, 1940 in Pittsburgh, Pennsylvania to the late Richard Charles Coles and Mildred Morgan. Maxine was called by the Lord on June 11, 2020.

Maxine was baptized in the Name of the Father, Son and Holy Gho... Read More
Maxine Marie Siler was born August 1, 1940 in Pittsburgh, Pennsylvania to the late Richard Charles Coles and Mildred Morgan. Maxine was called by the Lord on June 11, 2020.

Maxine was baptized in the Name of the Father, Son and Holy Ghost on May 11, 1955 at Mount Ararat Baptist Church. She was educated in the Pittsburgh Public School System where she graduated from Westinghouse High School in 1959.

Maxine married Lee Walter Siler Jr. on July 31, 1964. After marriage, they resided in East Liberty before purchasing a home in Penn Hills. She worked in the Penn Hills School District as a crossing guard and in food service. Maxine was a devoted wife, mother, grandmother, and friend.

To send flowers to the family or plant a tree in memory of Maxine Siler, please visit our Heartfelt Sympathies Store.

Receive notifications about information and event scheduling for Maxine

We encourage you to share your most beloved memories of Maxine here, so that the family and other loved ones can always see it. You can upload cherished photographs, or share your favorite stories, and can even comment on those shared by others.

Cora White sent flowers to the family of Maxine Siler.
Show you care by sending flowers 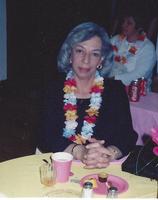