To share your memory on the wall of Marvin Carter, sign in using one of the following options:

Provide comfort for the family of Marvin Carter with a meaningful gesture of sympathy.

Marvin lived an extraordinary life as a musician playing with such greats as Georgie Benson and the late James Brown just to name a few. He served with Honors as a United States Marine and was later the Owner and Sole Proprietor of Games Mania in Downtown Oakland where his charismatic personality attracted kids of all ages and was lauded as a Legend in the community. For those that who knew him best they would describe him as having a Larger than Life presence with a beautiful smile. He was strong, respected and admired by so many in both his personal and professional life. As an Allegheny County Sheriff, and a State Constable he was tough on criminals and had a no-nonsense approach when he was in control of the Court Room but he always remembered to tip his hat, give a compliment and was respected by everyone he met.

Marvin was known for his intelligence, humor and oratory superiority, and anyone who knew him would not be able to dispute that fact after a few minutes of conversation. As Armed Security at the Western School of the Deaf right before his illness, he learned sign language and practiced often with the students and even with people who could hear. Marvin would never let an opportunity to be the center of attention pass.

As a father he was the strongest, most powerful man that ever lived according to his children. His legacy will live on in the gifts and heredity his children carry within their hearts. Marvin never missed an opportunity to be a big brother or a dad to a child in need. His children had a litany of brothers and sisters their Father embraced as his own. He always made time for the little ones by teaching them silly songs like…“Open the door…”, “There’s a hole in the bucket”, or his family favorite “Amen”.

The day Marvin died; a gleaming beam of light left the Earth with a booming sound that moved anyone that can hear. His life will not soon be forgotten.

I will say of the LORD, “He is my refuge and my fortress, my God, in whom I trust.

To send flowers to the family or plant a tree in memory of Marvin J. Carter Sr., please visit our Heartfelt Sympathies Store.

Receive notifications about information and event scheduling for Marvin

We encourage you to share your most beloved memories of Marvin here, so that the family and other loved ones can always see it. You can upload cherished photographs, or share your favorite stories, and can even comment on those shared by others.

Posted May 11, 2019 at 08:04am
Our deepest condolences for the loss of your dear Marvin, he will be truly missed. May God’s word bring you comfort knowing that one day soon, we will never have to deal with being sick and death will be done away with. (Rev. 21:3,4)
Comment Share
Share via:
S

Posted May 11, 2019 at 07:38am
Please accept my condolences on the loss of your loved one. I have found the words at John 5:28 and 29 to be very encouraging. These words offer a promise of a resurrection, the hope of seeing your loved one again. Until that time comes, go to God in prayer. He will give you the strength that you need to make it through this difficult time (Isaiah 41:10).
Comment Share
Share via: 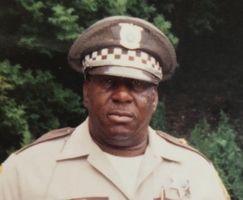 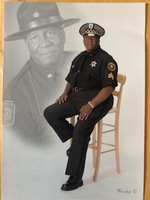 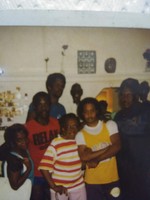