To share your memory on the wall of Lakeeta Nichols, sign in using one of the following options:

Print
Mrs. Lakeeta Harrington Nichols, 65, of Pittsburgh, Pennsylvania, died at her residence in Pittsburgh on Thursday, July 16, 2020, due to a cardiac arrest.

She was the fifth child of eight children; seven girls and one boy. Her mother notably remarked that Lakeeta was a sweet child. She was so obedient and cooperative that her mom was watchful throughout her life to safeguard her from potential abuse.

She was reared in a Christian home where her parents taught her to live by faith and the value of developing a personal relationship with Jesus. Lakeeta would later testify about God's goodness in healing and protecting her during perilous health crises.

Lakeeta loved to participate in juicy conversations with her childhood friends and siblings regarding personal challenges and social or political injustices; always willing to identify what she believed was the root cause or ideal solution to any situation. She was available to answer your call at all hours and listen until she fell asleep. Keeta was known to invest more time than any of her siblings to develop deep relationships with individuals. So it was not unusual for her to talk to all six of her sisters daily. The question was not, if you spoke with Keet but, when did you speak with Keeta. “I don't need friends", she often quipped, "I’ve got sisters!"

Lakeeta attended elementary school at Charlie A. Gray in Moultrie, and middle school at Public Junior High School 99 in New York City. She earned a full academic scholarship to attend high school at The George School, a private boarding school in Newtown, Pennsylvania. Upon graduation from George School, Lakeeta attended Howard University in Washington, D.C. where she received a B.S. in Political Science. While at Howard, she admired and served as an intern in the office of the late Texas Congresswoman Barbara Jordan during the Watergate hearings. Although Lakeeta served her entire professional career in criminal justice, her passion for the political process never diminished.

She retired as a Senior Probation Officer from Allegheny County, Pennsylvania, where she worked in criminal justice for nearly 40 years. She was an exceptional probation officer, and purposely declined opportunities to move into management or a position at the federal level because she felt she "made the difference" working directly with clients. Compassionate and caring best described Lakeeta's willingness to confront anyone she encountered living what she deemed a "low life." That became her catchphrase for incorrigible unrepentant clients. “Just a Low Life". She believed anyone with the desire and the appropriate support could do better.

Lakeeta was married to John Nichols for over 20 years. Although uncoupled, they remained friends. Lakeeta developed and enjoyed the role of surrogate mother to Angelica Harris. She considered Angie her daughter and her son Richard Harris, her grandson.

She was predeceased by her parents and brother, Captain W. Drew Harrington, Jr.

Also surviving her is Barbara Lynn Roberts of Hartford, CT who she loved as a sister; five nieces, including her namesake, Sommer Moise Johnson of San Jose, CA, and nine nephews, a host of cousins and friends, who will miss her.

All services will be private due to the ongoing concerns surrounding COVID-19. Interment will take place in the family burial plot in Strong Memorial Gardens in her hometown Moultrie, Georgia.

What can I say about Lakeeta Harrington Nichols?

What immediately comes to mind is Lakeeta’s ability to empathize with those who seek her out; usually because they felt no one else was listening. One observation is that she could disagree with you while still letting you know she was for you. I have known Lakeeta to bring emotional “balance“ into jarring, undulating circumstances that seem to be overwhelming for most others faced with the same situation.
I remember more than once when we lived together while she was an undergrad in Washington, D.C., she would bring a classmate or new acquaintance home that had some remarkable story of sheer survival that nobody else seemed to want to listen to, except Lakeeta. I remember one such young lady named Elvira who had such amazing stories of her life as the daughter of migrant workers who constantly shifted here and there from field to field, shack to shack (her words) school to school-or no school, and miraculously land in college where she was painfully, a social outcast. To say Elvira was rude and crude is to say the least--but as I got to know her through Lakeeta’s eyes I learned that she was extremely intelligent, hilariously funny, and soft as a melon inside. Even though she couldn’t hide the pain of those many years of rejection, I knew she felt safe and cared for by Lakeeta who had taken the time to befriend her and value who she was.

I also remember staying up late at night on a regular basis (even more amazing because everybody knows I don’t do nights), laughing and talking about what happened during the day while I was at work or she was at school. There was nothing so insignificant that Lakeeta would not listen with rapt interest and attention up to the smallest detail, asking questions and/or telling me what she thought about it. She would make everybody and everything come “alive” as she described it with “Lakeeta-vision”.
Lakeeta always took time to listen. Many a time I’m sure, I had made her late for school because she was listening to me and one of my many stories.

This, I think is just one of the ways that Lakeeta gave “celebrity status” to the unknown, unloved and overlooked. I can’t think of a more valuable quality to have had as an individual.

My hope and prayer for her was that she never undervalued how great her divine gift was and that she, as one who valued another, was invaluable.

To send flowers to the family or plant a tree in memory of Lakeeta Nichols, please visit our Heartfelt Sympathies Store.

Receive notifications about information and event scheduling for Lakeeta

There are no events scheduled. You can still show your support by sending flowers directly to the family, or planting a memorial tree in memory of Lakeeta Nichols.
Visit the Heartfelt Sympathies Store

We encourage you to share your most beloved memories of Lakeeta here, so that the family and other loved ones can always see it. You can upload cherished photographs, or share your favorite stories, and can even comment on those shared by others.

Guaranteed hand delivery by a local florist
BC

Posted Jul 23, 2020 at 11:32am
We are saddened by Lakeeta's passing and realize she had suffered through so much. Lakeeta made beautiful floral arrangements for our little country church, Troy Center United Methodist Church, in Troy Center, Wisconsin. One of her sisters and brother-in-law are members who have shared with us what strong /Christian beliefs look like and we are forever indebted to this amazing family.
Comment Share
Share via: 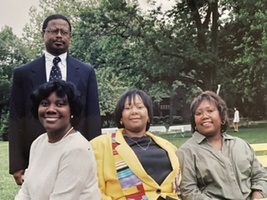 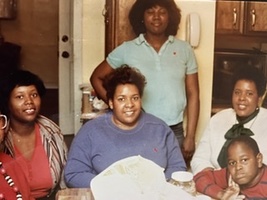 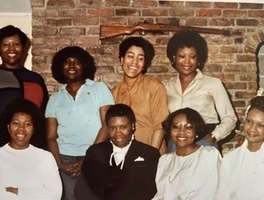