To share your memory on the wall of Gloria Mathis, sign in using one of the following options:

Gloria was born on May 9, 1947 to Oliver Harper and Margaret (Hairston) Harper. She attended Fifth Avenue High School, and graduat... Read More
On November 13, 2020, Gloria Jean (Harper) Mathis, loving wife and mother of two, passed away at age 73.

Gloria was born on May 9, 1947 to Oliver Harper and Margaret (Hairston) Harper. She attended Fifth Avenue High School, and graduated from West Chester University before marrying her high school sweetheart, Reginald (Reggie) Mathis on June 28, 1969. In their 51 years of marriage, they raised two daughters, Traci and Tricia Heather.

A devoted educator, Gloria worked as a classroom teacher with Pittsburgh Public School. She had the rare and exciting opportunity to spend the majority of her 33-year career as a teacher at her own home school, Robert L. Vann Elementary School.

In retirement, Gloria was endlessly generous, giving of her time and talents. She stayed active in teaching, working as a Sunday School leader and a volunteer tutor. She enjoyed crafts, excelling in sewing, crochet, and floral design. However, her greatest joy was her family, with her five grandchildren holding a special place in her heart.

To send flowers to the family or plant a tree in memory of Gloria Mathis, please visit our Heartfelt Sympathies Store.

Receive notifications about information and event scheduling for Gloria

There are no events scheduled. You can still show your support by sending flowers directly to the family, or planting a memorial tree in memory of Gloria Mathis.
Visit the Heartfelt Sympathies Store

We encourage you to share your most beloved memories of Gloria here, so that the family and other loved ones can always see it. You can upload cherished photographs, or share your favorite stories, and can even comment on those shared by others.

Posted Nov 18, 2020 at 03:38pm
Traci, Our thoughts and prayers are with you and your family through this difficult time.

5 trees were planted in the memory of Gloria Mathis

My family and I are so sorry for your loss. While words fail to truly express the pain, know that our prayers and thoughts are there to encourage you. All humans feel the sting of death but the Bible gives comfort that God promises at 1 Corinthians 15:26 “And the last enemy, death, is to be brought to nothing”. This is something that has brought me and my family solace when we've lost loved ones and we hope it encourages. Take peace and comfort. For comfort from the Bible, please visit bit.ly/Deathjworg
Comment Share
Share via:
AS

Posted Nov 19, 2020 at 04:17pm
A mother's love is so hard to replace and never forgotten. You were truly blessed with such a loving and caring mother. She will be missed by her family, friends, and the community she served. You have another family angel to watch over you.

Posted Nov 19, 2020 at 03:06pm
If caring is an expression of love, Gloria had an exceptional talent for sharing it with family and friends. Family, you are in our prayers. 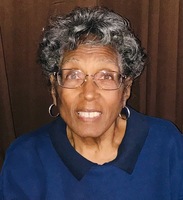 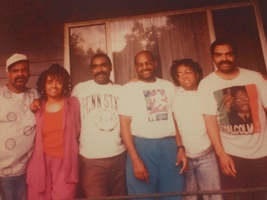