To share your memory on the wall of Beverly Jones, sign in using one of the following options:

Beverly “Tucky” Jones was born on April 20, 1947 in Pittsburgh, Pennsylvania. She entered into eternal rest on July 10, 2020 in her home.
She graduated from Westinghouse High School, located in Pittsbu... Read More
Beverly M. Jones

Beverly “Tucky” Jones was born on April 20, 1947 in Pittsburgh, Pennsylvania. She entered into eternal rest on July 10, 2020 in her home.
She graduated from Westinghouse High School, located in Pittsburgh, PA, in 1965. After graduation she attended Howard University in Washington D.C. before returning back to her hometown of Pittsburgh.
In the spring of 1967 Beverly K. Winston married Leon D. Mickens Jr, who were high school sweethearts. From this union, the couple became parents to three children, Linda Davida, Leon David, III, and Fleming Winston. Later in life Beverly fell in love with and married Fred Jones, Jr., of Pittsburgh in 1994.
Beverly started her career at Carnegie Mellon University in 1977 as a secretary. She fulfilled several positions at the school, before being promoted to Undergraduate Business Coordinator. Beverly remained in that position until she retired in the spring of 2009, after 32 dedicated years of service.
Beverly was preceded in death by her mother Margaret K. Winston Reynolds (2011), father Fleming W. Reynolds, Sr. (2003), husband Fred Jones, Jr. (2003) and her step-brother, Fleming, Jr..
To cherish her memories she leaves behind her three children: Linda D. Mickens, Leon D. Mickens III, Fleming W. Mickens. She also leaves behind her step-brothers, Erroll, Kenneth and Arthur Reynolds and three step-daughters, Delores Johnson, Anitra Jones and Celiwe and Jones-Russell. In addition, she leaves behind four grandchildren: Shavonne Davis, Fleming Davis, Tamia Mickens, and Sydney Mickens, three great-grandchildren and a host of family and friends.
Beverly had a love for butterflies. She enjoyed crocheting, playing cards, watching cooking and crime shows, as well as, caring for her plants and flowers. She will be forever missed.

To send flowers to the family or plant a tree in memory of Beverly Jones, please visit our Heartfelt Sympathies Store.

Receive notifications about information and event scheduling for Beverly

We encourage you to share your most beloved memories of Beverly here, so that the family and other loved ones can always see it. You can upload cherished photographs, or share your favorite stories, and can even comment on those shared by others.

Flowers were purchased for the family of Beverly Jones. Send Flowers

Posted Jul 14, 2020 at 02:12pm
My condolences Leon, Linda, and Flem. And just wanna tell yall I'm so glad I got the chance to know yall mom and the rest of the family. I got even closer with the family once I start dating Beverly's son Flem and after while, I start her calling her momma Bev. I also had the pleasure of enjoying her company when she visited her son Flem and I in florida once Flem moved to Florida. That day was a very special day because Flem had his mom on Christmas in Tampa, Fl. She will be truly missed by all who knew her. I'm so glad I met her son Flem cause in return, I got a chance to met the woman who raised such a handsome caring son that took care of his mom until her last day. And for sure loved his mom! Awesome job Flem. And remember, your mom was truly grateful of what all you did for her. She will be truly missed! Love u momma Bev❤💜💙
Comment Share
Share via: 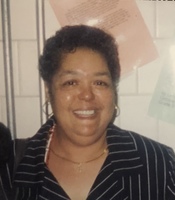